Why individual bonuses can ruin your company culture

T-Mobile Netherlands shows us how bonuses often encourage individual success as opposed to company-wide growth. Here’s what you can do to change that.

Focus on own performance

It’s hard to build a strong company culture when employees are focused on their own performance. A company culture is important to make sure that employees like their workplace and enjoy the work they do, but also to establish better, more productive relationships amongst colleagues.

Our own global data show that collaboration is a tricky one to get right. While 85% of employees are satisfied with their colleagues (and 78% of colleagues work together well within teams), this number drops to 47% when you look at satisfaction between teams. Seventy percent of employees say that they are able to get the information they need from within their team while 58% are able to do so between teams.

Bonuses added to the mix

When you add individual and team bonuses to the mix, it’s even more difficult to create a strong company culture. Bonuses and profit sharing based on business objectives – which is what T-Mobile plans to do now – is often a better option because it does not regard individuals as more important than the whole company. When you see your company as a collective, you realize that you’re more than the sum of your parts. When you win, you win together; when you lose, you lose together. 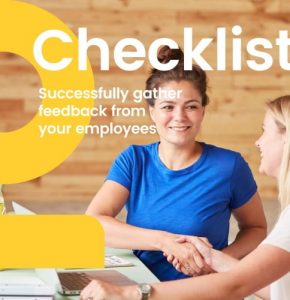 Best version of themselves

By replacing end-of-year reviews with more frequent talks about individual development in another way T-Mobile hopes to make sure that everyone is moving in the right direction, for the company. “We will no longer ask the question of who’s the best employee but figure out how we can help everyone to become the best version of themselves,” says Development Manager Esther Burger.

No matter which goals you set, don’t underestimate the power of company culture or you might fall into the Volkswagen trap. When it was revealed that Volkswagen had cheated on US diesel emissions tests in September 2015, the management culture, which was described as “confident, cutthroat and insular”, was blamed. And it’s proven to be hard to change. In May 2017, Volkswagen’s chief executive Matthias Mueller was quoted saying, “There are definitely people who are longing for the old centralistic leadership. I don’t know whether you can imagine how difficult it is to change their mindset.”